Analytics to Power the Next Agriculture Era

Headquartered in United States, MapR Technologies is the provider of the only Converged Data Platform, which delivers distributed processing, real-time analytics, and enterprise grade requirements across cloud and on-premise environments, while leveraging the significant on-going development in open source technologies including Spark and Hadoop.

While farming doesn’t look like a high-tech field on the surface, agriculture makes use of some incredibly sophisticated tools, including fertilizers, tractors, and biotechnology. Although computing is often associated with traditional office work, laptops and smart phones have actually invaded the agriculture space and have become as important as shovels and plows to the farmer.

Farmers too are increasingly adopting sophisticated technologies,   especially big data, to monitor their fields and improve their productivity and environmental impact. With an expected global population of over 9 billion by 2050, big data could actually power another Green Revolution and help farmers feed us all despite increasing challenges.

In the past few years we have seen many initiatives and projects using the power of data and analytics to better monitor and improve many aspects of agriculture.

Some of these projects have proven very innovative and successful in applying big data to farming. in Vivo and Soil Big Data .Org   are great examples of how the agriculture industry throughout the world can take advantage of the vast amounts of data coming from a great number of sources (weather, soil, crops,…).

While, to most people, weather is the quintessential “safe” conversation topic, in agriculture it can mean the difference between a successful harvest or going bankrupt. One bad winter, or one bad storm, can mean the loss of an entire business. This makes weather data extremely valuable, and it is in part why IBM has agreed to acquire most of the assets of The Weather Company (the company behind The Weather Channel and Weather Underground).

By aggregating lots of data from many different sources also enables farmers to power strong recommendation engines. For example, it becomes easier and more accurate to tailor recommendations regarding individual plants. The use of big data can show farmers where exactly to plant on their fields in order to achieve the best yields, based on both current and historical data.

These kinds of tools can also analyse nitrogen levels in soil over time, allowing farmers to plan the amount of fertilizer they’ll need for their crops.

While such solutions have the potential to help individual farmers track the best conditions and plan accordingly, the real power will come from aggregating all this data across regions, countries, continents, and even the whole planet. Data analytics have the power to create a global recommendation engine, based on a holistic approach that would aggregate data from all possible sources. Ultimately, we could add a layer of predictive analytics that could help us anticipate potential famines in some parts of the world, or for example identify regions where we could improve water consumption allocation in anticipation of an unusual dry period.

In particular, the ability to predict possible crop failures and increase yields while spending less money will prove irresistible to most modern farmers. With the right technology, farmers could double their output and feed the 9 billion people living on Earth just a few decades from now.

While small-scale farmers are generally friendly to most city slickers, large-scale agriculture is a competitive business. Corporate farmers are looking to gain an advantage over their peers, while keeping other farmers from doing the same to them.

While gathering data is slowly becoming vital in driving efficient farming strategies, it is important to educate farmers about the importance of securing their assets and avoid having their data falling into the wrong hands.

But this doesn’t mean keeping all information secret. Farmers need to find the right balance between managing the privacy of data specific to their fields, and sharing information that can be beneficial for the whole industry.

We start to see interesting initiatives in this domain as giants such as Monsanto get into big data themselves. The company could influence big data farming the way it already has for GMOs, which has initiated reactions from farmers.

Projects like the Open Ag Data Alliance could serve as a counterweight to big companies like Monsanto and John Deere. At the same time, commercial operations could make use of the data while still giving back to the community in much the same way Google relies on Linux and other open source software.

You may not think of big data as the hero that can save our planet, but improving farming through the optimisation of both processes and resources to feed 9 billion people could be a game changer for our future. Big data and analytics can help both farmers and world citizens to survive. 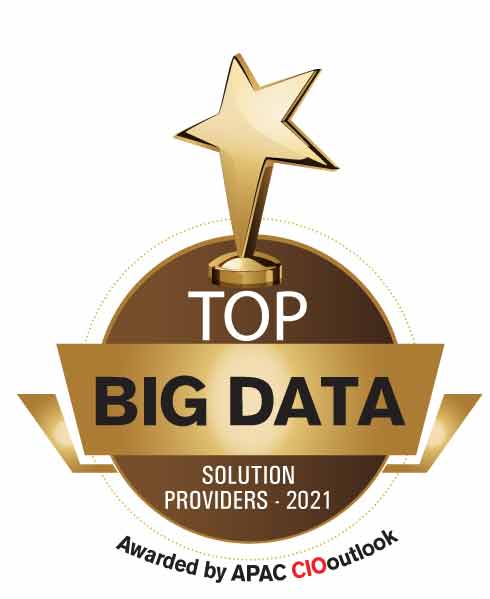 ESG Performance - Why It's Crucial To Future Success

Fear the cloud, or not, better yet don't fear...

Beautifully Autistic - Enabled To Make A Difference What Did My Children Teach Me About Life, Business, And Innovation?

The Possibility of Scan-and-Go Pos Solutions

Critical Elements of a Data Driven Product Organization in E-Commerce

The Intersection of Technology andTransportation: How an eCommerce Book Seller Became a Leader in Logistics