The mobile marketing industry is caught in a massive data storm as innumerable number of companies have made their ways into the industry, making the data size large and complicated. As the intricacy of data has deepened, it has made handling of data go out of bounds for the analysts. In that front, big data plays a vital role as the purveyor of actionable insights for all data concerns. Taking this scenario into account, InMobi was incorporated by Mohit Saxena, as mobile-first and mobile-only venture that keeps the users at the center.

Founded in 2007, InMobi started operating as an SMS-based search company. But, the dearth of users and market demands impeded the Company’s operation at the budding years. To overhaul the lying odds, the Company with their flagship mobile advertising cemented their position in the Big Data market, swarming with competitors. Soon, the company scaled up in terms of organization, system and culture. Being the first in market, hiring the skilled employees’ world-wide was impossible for the company. With the company’s right strategies and approach,

InMobi provides a personalized experience to each of its users through its emphasis on relevance and aesthetics.

they recruit people who have high ambition and right aptitude.Further these experienced team mates facilitated in maintaining a low latency with the increase in data at a minimum of 10X to 50X per year. Mohit adds, “We are so proud of how our culture has shaped that we have also outsourced it for other start-ups to ensure they do not have to reinvent the wheel.” Besides, the Company’s realization and initial gut to set up data centers without having any presence in those countries fetched them myriad returns.

InMobi at the right moment identifies the right set of users by crunching petabytes of data with their targeting and response prediction. In the targeting prediction for their advertisers, InMobi employs the sophisticated user-level machine learning techniques to key out a custom demographic segment. On the other hand, in response prediction based on the user level engagement innumerable advertisers and publishers are predicted, which is later used for deciding which advertisements to show to a user. InMobi is an unfaltering supporter of open software. “Over the years, we have not only used open source to maximum extent but we have also contributed a lot whether it is Hadoop or Falcon, Conduit, Lens, Kinobi, Cito engine. We are very proud of that legacy and growth,” says Mohit. The Company, globally, runs the most complex data platform system built on top of Hadoop.


InMobi provides a personalized experience to each of its users through its emphasis on relevance and aesthetics. By introducing native advertising as a part of content, the company’s expertise provides solutions for game developers, brands and commerce. In order to ensure the invigorated focus and gain maximum returns in different segments, the Company’s offers services through its specific unit. Miip, the companies Discovery Platform, offers interactive and visually rich experiences for all its mobile consumers. Being unique in its operations, Miip understands the users through detailed conversations and therefore discover products during their journey.

Having a global presence across 17 countries, InMobi plans to make their existing presence stronger particularly in the NA, China and Indian markets. On the technological front, InMobi with its Miip plans to keep up with their notion of ‘user first’. Doing so, enables InMobi to create user’s emotional graphs and appograhps. Being named as the Top 50 most Disruptive Companies in 2013 by MIT and Forbes Start up of the Year 2014 are some of the prestigious titles InMobi has procured until now. 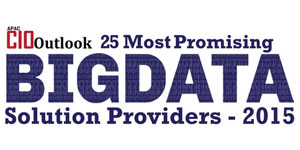