Creating Value in the Pool of Data 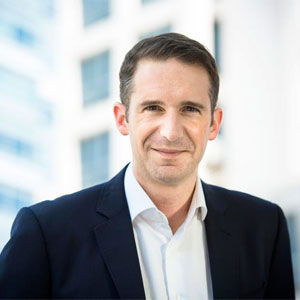 On a rainy Sunday, June 18th 1815 in today's Belgium Waterloo, French Commander in Chief Napoleon Bonaparte was faced with a decision that would ultimately change the course of History: he could either force his army through the mud with the risk of exhausting them before the battle against the British army or wait another day for the ground to dry out giving more time for the Prussian army to join and reinforce the British. He decided to wait. In retrospect, his decision cost him the battle, and eventually he lost the War and his grip on France and the French Empire. So, what was he thinking? Our boldest, brightest and poorest decisions are based on logic and guts. So here is the question: can we design a consistent decision-making process to reduce uncertainty and better predict business outcomes?

No matter how big, raw data is like crude oil: it's sticky, stinky, heavy and useless until it can be refined and transformed. So, how to turn your data, or better your decisions, into a competitive advantage? What you choose to do with your data is far more important than the data itself. Businesses can spend a lot of effort collecting data and mining them for insights leaving very little for decisions, actions and value creation.

Setting clear goals is the first step: doing the right things require making sound decisions based on logic and guts and informed by insights. What is the data you need to answer your key business questions? A data-informed organization is an organization that has built a culture of decision making at all levels into a self-learning, fact-based virtuous circle. Value driven Analytics focus on the opportunities for efficiencies, new revenue streams and new businesses. In short: A good decision is a good answer to a good question. Mark Twain said “common sense is very uncommon”. Understanding our flaws and biases is critical to sound decision making: • Correlation and causality: true correlations can be interesting but the value is in true causality. The number of people who have drowned by falling in a pool and the number of films Nicolas Cage appeared in follow the same trend over the years!

• The flaw of averages: take the examples of the scientist who drowns in a river that is on average 3 feet deep (0.5 feet deep on the sides but 8 feet deep in the middle). In our world people want ONE number ("give me one number!") but the reality is that distribution matters! • Remember that you never have the full picture: there is always a missing piece of information. In short: Demand the data and listen to your guts. Keep asking good questions! We are selfish; we tend to focus on our own success. Consider the departments or business units involved in managing the analytics value chain: each entity may have its own P&L, governance, culture, etc. Defining success at the enterprise level and measuring the right thing will help drive the right behavior and create the right incentives in a coherent manner and in line with the company's goals. A few examples below about choosing the right metrics: Lagging vs. leading metrics Lagging metrics help monitor the current performance of the business but leading metrics can help track what's going on at the peripheries. Consider how auto-makers track their performance today (car sales) and what this number means in the context of the sharing economy: Grab or Uber measure car utilization! what will success really mean to auto-makers in a few years? • Vanity vs. learning metrics Like Eric Ries’ puts in his book “Lean Startup”; vanity metrics will make you feel good but they don't really help you drive your business. Consider the launch of a new e-commerce company: if the founders focus only on unique visitors and clicks; they may look good. But if they focus on click-to-sale conversion rate they may learn that people abandon their cart half way through checkout: knowing why they drop out is far more important than the number of clicks."Success is not a delivering feature; success is learning how to solve a customer's problem.” – Mark Cook, Kodak. The One Metric That Matters (OMTM) helps you focus on the one thing that really matters at a point of time. Consider the launch of a new product or service: measuring Empathy first is far more important than measuring revenue. Like Croll & Yoskovit wrote in thebook “Lean Analytics: successively track Empathy, Stickiness, Virality, Revenue and Scale. In short: Mismeasurement leads to mismanagement. Ingredients of a successful value-driven analytics strategy: • Set Clear Goals: start with the End in mind • Ask Good Questions: know your Biases • Measure the Right Thing: define Success

A Picture of Health: Why we need a unified approach to Covid-safe air travel

The Battle Of David & Goliath Within The Retail Landscape

Retail is Detail They Say

Blockchain: The answer to solve the perennial issues in the Telecom Industry

Self Service: An important slice of the digital transformation pie